BY THE ASSOCIATED PRESS

LOS ANGELES (AP) — Corey Seager had three hits, including one of Los Angeles’ four home runs, as the Dodgers clinched the National League’s top postseason seed and eighth straight West title Tuesday night with a 7-2 victory over the Oakland Athletics.

The Dodgers, who own the best record in the majors at 39-16, were the first team in the majors to clinch a playoff berth on Sept. 16. They will open postseason play on Sept. 30 by hosting every game in a best-of-three series against the No. 8 seed.

Los Angeles came into the day with a magic number of two and got help with the Angels’ 4-2 victory over the San Diego Padres.

Robbie Grossman homered for Oakland, which clinched its first AL West crown in seven years on Monday during a day off. The Athletics, in the postseason for the third straight year, currently are the AL’s No. 3 seed.

CLEVELAND (AP) — José Ramírez hit a three-run homer with two outs in the 10th inning, giving Cleveland a win over Chicago that clinched a postseason berth.

Ramírez’s drive off José Ruiz scored César Hernández and Francisco Lindor, setting off a wild celebration at home plate as the Indians reached the postseason for the fourth time in five years.

Lindor had pulled Cleveland within one on a two-out double that plated Roberto Perez, who began the inning on second base. After Matt Foster (5-1) walked Hernández, Ruiz entered and gave up the game-ending drive.

Wilson (1-0) allowed three hits and one walk, striking out a career-high seven.

Miami remained in a position to earn its first playoff berth since winning the 2003 World Series.

Ozuna hit a first-inning homer off José Ureña (0-3), who allowed four runs in six innings. Ozzie Albies homered in the second, and Ozuna added a two-run double in the fifth and drove in Freeman with a 450-foot homer to center field in the eighth.

Starling Marte led off the sixth with a homer off Josh Tomlin.

BUFFALO, N.Y. (AP) — Gerrit Cole limited Toronto to five hits over seven innings in his final preparation for the playoffs, and Aaron Hicks drove in three runs in a rout over the Blue Jays.

Cole (7-3) struck out seven and walked none, inducing 11 ground-ball outs and 14 swings and misses. His one mistake was Cavan Biggio’s sole homer in the fourth.

Aaron Judge had his first three-hit game since Aug. 8. Gio Urshela had four hits and Gleyber Torres had three hits and two RBIs. New York has won 11 of 13 following a 5-15 slide.

New York lowered its magic number to one for clinching second place in the AL East.

Taylor had a solo shot off Sonny Gray, who went five innings in a solid return from a hip injury. Milwaukee rallied against Tejay Antone (0-3), who gave up Daniel Vogelbach’s single and Jedd Gyorko’s double to open the seventh. Orlando Arcia tied it with a sacifice fly to deep center, and Sogard doubled down the line in left field for a 3-2 lead.

Devin Williams struck out five in two innings. Josh Hader retired the side in order in the ninth for his 11th save in 13 chances.

WASHINGTON (AP) — Philadelphia tumbled out of a playoff position, getting swept in a doubleheader by Washington when Yadiel Hernández hit a game-ending, two-run homer in the eighth inning off Brandon Workman (1-4) in the second game.

The 32-year-old Hernández became the oldest player to hit a walk-off homer for his first big league home run, according to STATS.

Austin Voth (1-5) pitched a three-hitter to win the opener, his first complete game in 20 big league starts and his first victory in 10 starts this season.

Juan Soto, started in right field for the first time in his 308-game big league career, hit a three-run homer in the fourth, his 12th homer this season and first since Aug. 31.

Scott Kingery homered for the Phillies.

Asdrúbal Cabrera hit an RBI single in the first, Trea Turner doubled in a run in the second and Holt hit a two-run double in the third.

PITTSBURGH (AP) — Jacob Stallings hit a solo home run in the bottom of the ninth inning and Pittsburgh stalled Chicago’s bid to win the NL Central.

The Cubs began the day with a 4 ½-game lead over St. Louis and Cincinnati in the division standings and a magic number of four to clinch the title.

Stallings connected with one out off Andrew Chafin (1-2) to help the Pirates end their five-game losing streak and win for the just second time in 15 games.

Anthony Rizzo’s two-run homer in the eighth inning had pulled the Cubs into a tie at 2-all.

Richard Rodriguez (3-2) pitched a scoreless ninth for the win.

Robinson Canó, Alonso and Guillermo Heredia went deep for the Mets, desperately trying to stay in the National League playoff chase with five games remaining in the regular season.

Tampa Bay needs just one win or a New York Yankees loss to secure their first division title in 10 years,.

Lugo (3-3) allowed two runs, one earned, and four hits in 6 1/3 innings. Edwin Diaz got three outs for his fifth save.

Willy Adames hit an early solo homer for the Rays.

BOSTON (AP) — Nick Pivetta struck out eight in five innings of one-run ball in his Boston debut and Christian Vázquez hit a three-run homer in a win over Baltimore.

There were five errors combined by the teams, a misplayed fly ball and a runner picked off third to kill a rally, a performance befitting the AL East’s worst two teams.

Bobby Dalbec drove in a pair of runs and J.D. Martinez had three hits with an RBI for the last-place Red Sox.

Renato Núñez clubbed a towering solo homer for the Orioles that hit halfway up a light stanchion above the Green Monster. Baltimore has lost five of six.

The 27-year-old Pivetta (1-0) gave up three singles and walked three. Matt Barnes got the final out with the bases loaded for his ninth save.

Keegan Akin (1-2) was roughed up for eight hits and four runs — two earned — in four innings.

The Cardinals, who trail the Chicago Cubs by 3 1/2 games in the NL Central, improved to 27-25 by evening their series with their cross-state rivals.

Gomber (1-1) earned his first win since beating Atlanta on Sept. 18, 2018. He struck out three without a walk while blanking an opponent for the 11th time in 13 appearances.

Dylan Carlson had two RBIs while finishing a homer shy of the cycle. Brad Miller, Tommy Edman and Kolten Wong also drove in runs for the Cardinals.

MINNEAPOLIS (AP) — Max Kepler hit the tying home run in the eighth inning and the game-winning single with two outs in the 10th, giving Minnesota a victory over Detroit that tightened the AL Central race.

Byron Buxton and Mitch Garver also homered for the Twins (34-22), who have all four of their remaining games at home, where their 22-5 record is the best in baseball. They wrap up the regular season by hosting Cincinnati this weekend.

If the Twins don’t retain their division title, they would still host one of the four best-of-three AL wild card series if they stay ahead of the New York Yankees (32-23).

After Jeimer Candelario’s RBI single in the 10th gave the Tigers the lead against closer Taylor Rogers (2-4), pinch-runner Jake Cave scored from second on Eddie Rosario’s single to center to begin the bottom of the inning facing Bryan Garcia (2-1). Then Kepler put another blooper in just the right place to give the Twins another dramatic win.

David Peralta had three hits. Eduardo Escobar added two singles and Nick Ahmed had a triple for the Diamondbacks.

Riley Smith (2-0) took over from Caleb Smith in the fifth and needed just 59 pitches — including 47 strikes — to finish the game. He struck out seven and gave up five hits over five innings.

The loss, plus St. Louis’ 5-0 win at Kansas City, kept the Padres from clinching the NL’s No. 4 seed in the playoffs and home-field advantage in the wild-card round next week.

The Padres struck out 13 times and got just four hits.

The Angels remain mathematically in the race for the second wild card and for second place in the AL West.

Both of Stassi’s homers were off Zach Davies (7-4). He has seven this season.

Canning (2-3) held San Diego to one run and two hits while walking five.

Houston cut its magic number to one over the Mariners and the Los Angeles Angels for clinching second in the AL West. The defending AL champions have five games left.

Houston has won three of four, scoring more than four runs for just the second time in its last 12 games.

Valdez (5-3) allowed one run and five hits in seven innings. He gave up a leadoff single to J.P. Crawford and an RBI double to Kyle Seager in the first, then settled and scattered three hits over his final six innings.

Kyle Tucker went 4 for 5 for the Astros with a run and an RBI.

Dickerson hit his first pinch-hit homer since exactly four years earlier on Sept. 22, 2016, with San Diego against the Giants at Petco Park.

San Francisco is one of four teams chasing the final two NL playoff spots. Philadelphia (27-29) lost its fourth straight game after a doubleheader sweep by Washington to fall behind Cincinnati (28-28), Milwaukee (27-27) and the Giants (27-27).

Kevin Pillar hit a tying double for Colorado in the seventh against his former club. The Rockies had won two straight following a four-game losing streak.

Tyler Rogers (3-3) recorded the final out of the seventh for the win. Sam Coonrod worked the ninth for his third save. 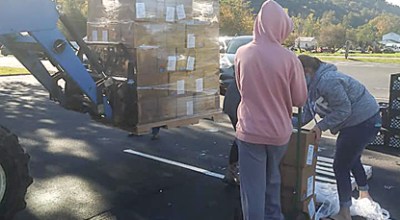 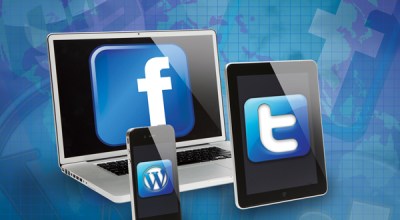 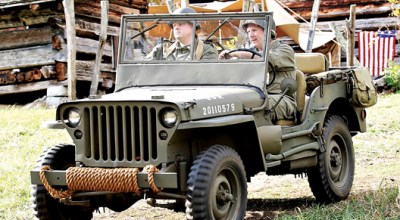 What makes an attractive church

Divided reactions in US as pope backs same-sex civil unions

Final debate could thrust foreign policy back into campaign

Evenings on Elk MASKquerade was a hit