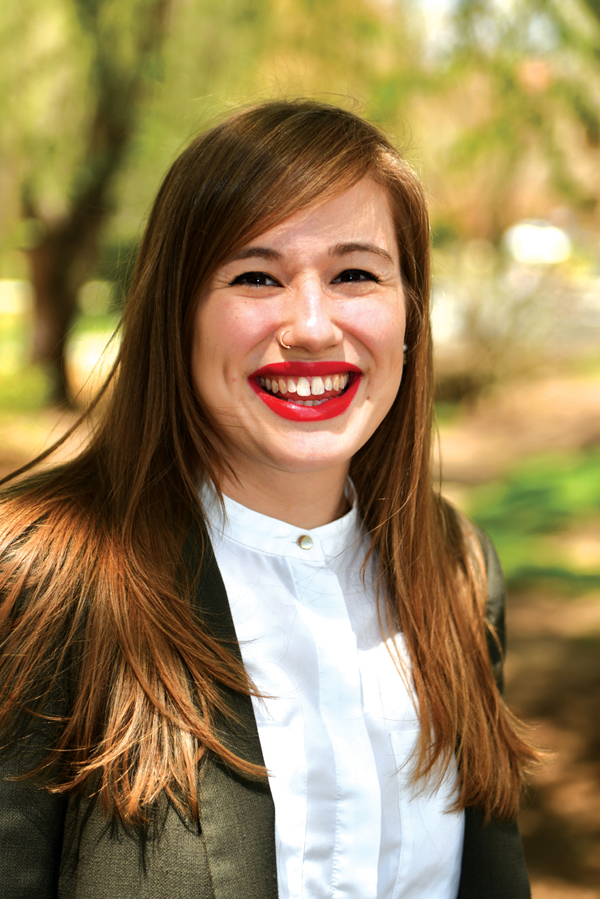 Dolson is a graduate student in ETSU’s doctoral program in clinical psychology, which is a dual M.A./Ph.D. program allowing students to earn their master’s degree while working toward the doctorate. Dolson, who holds a B.A. in psychology with a minor in anthropology from Linfield College, McMinnville, Oregon, graduated with her M.A. through this program in spring 2019 and anticipates completing her Ph.D. in May 2023.

What sparked Dolson’s research was some wording within an influential and widely used screening test that triggered her curiosity. A 1998 study on the relationship between health in adulthood and exposure to 10 adverse childhood experiences (ACEs) found that if a child had at least four ACEs, their risk for the leading causes of death in the U.S. increased significantly in adulthood. Dolson said this test specifically asked about sexual abuse before the age of 18 committed by “an adult or person at least 5-years older than” the subject.

“For me, this wording didn’t sit right,” she said. “I wondered where the ‘person at least 5-years older than you’ came from and whether age mattered. To me, a lack of consent seemed more important than the age of the abuser. Plus, this likely meant that anyone assaulted by a peer, friend, sibling or young adult was not having their abuse counted toward their total ACE score and may not have an accurate picture of their health risk.”

As she began her thesis, Dolson did a “deep dive” on ACEs and the origin of that wording, and traced it to the opinion of two sociologists in the 1970s. She said that although it was only an opinion, it was incorrectly cited in the 1998 study as having scientific support; as a result, this wording became common in the assessment of childhood sexual abuse.

For her thesis, Dolson wanted to learn whether the “5-years or older” wording had caused some survivors of childhood sexual abuse to be missed. She also wanted to see if such survivors were at the same increased risk for poorer health in adulthood as those found in the ACEs study, and if being missed kept survivors from receiving health risk information or community resources for those with high ACE scores.

Dolson and her faculty co-researchers asked 974 women from around the world about their ACEs with all original items, but they also asked the women about childhood sexual abuse without the “5-years or older” wording.

“The findings were striking,” Dolson said. “We found a group of sexual abuse survivors were completely missed by the original ACE question because their abusers were less than five years older than them. Further, this group was nearly as large as the group of survivors who were identified by the original survey, and our missed group was at the same increased risk for poor health as those identified. In addition, for many survivors in our study, being able to answer ‘yes’ to this question without the ‘5-years or older’ requirement meant they did have an ACE score of 4, which had implications for their access to services.

“Applying these findings to the U.S.,” she continued, “means that there are potentially 18 million women in this country who have experienced childhood sexual abuse but remain hidden on current surveys used to screen for this. Therefore, these women likely do not know they are at a higher risk for depression and symptoms of chronic illness and may not have access to community programs that could offer help.”

Dolson hopes these findings will encourage researchers and medical providers, as well as government agencies that use an ACE score to influence funding decisions, “to rethink how they assess childhood sexual abuse and remove the ‘5-years or older’ requirement.

“Without changes, these survivors of childhood sexual abuse could continue to remain lost in the cracks between status and quo, not be able to access needed resources, and might not receive adequate health counseling about their increased risk of death and illness.”

Dolson was pleased to learn her thesis was accepted for publication.

“It fills me with hope,” she said. “In the short term, publication in a multidisciplinary journal such as this one that is read by medical providers, public health professionals, social workers and psychologists means these findings will have a wider reach. With a wider reach, the potential for meaningful improvements within practice, research and policy based on this research increases.

“The better we’re able to assess childhood sexual abuse, the more we are able to help at-risk patients, trust research findings on childhood sexual abuse, and create enough well-funded programs to provide resources to all of those who need it. With so many injustices in our world, it feels good to be able to have a small part in rectifying this one by making these previously invisible survivors visible.”

Dolson, who was born in Colorado Springs and grew up throughout the Pacific Northwest, anticipates completing an internship and post-doctoral fellowship after earning her Ph.D. at ETSU.

“With any luck and a few more years, I’ll be a practicing psychologist and clinical researcher within a teaching hospital or academic medical center,” she says.

Dolson’s thesis may be accessed free of charge through June 1 by visiting https://authors.elsevier.com/c/1cv4KX18YO1eC.