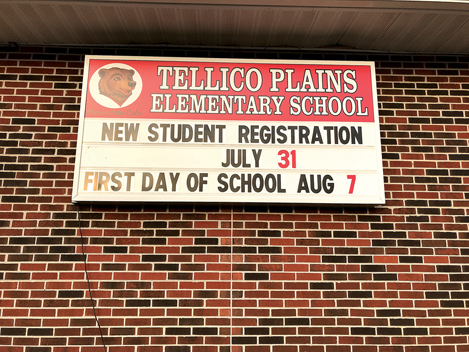 An investigation by the Tennessee Comptroller’s Office has resulted in the indictment of Jennifer Letner, the former Parent Teacher Organization (PTO) treasurer at Tellico Plains Elementary School.

Letner served as treasurer during the 2018-2019 school year. During that time, she stole at least $22,932. She admitted to investigators that she was experiencing financial difficulties and used PTO funds to pay personal living expenses.

Investigators determined that Letner employed at least five schemes to misappropriate PTO funds for her own benefit as described below:

• Letner used the PTO debit card on at least 48 occasions to make personal purchases totaling at least $6,789. These purchased included payments for automobile loans, mobile phone service, purchases of birthday party supplies, and other personal items.
• Letner made 10 unauthorized over-the-counter cash withdrawals totaling $5,701 from the PTO account.
• Letner wrote and cashed PTO checks totaling $4,655 payable to her husband or herself. She signed the PTO president’s name on at least eight of the unauthorized checks.
• Letner used a PTO debit card to make 23 ATM cash withdrawals totaling at least $3,508.
• Letner wrote and cashed three PTO checks payable to cash totaling $2,279.
Additionally, investigators are questioning $661 in unsupported disbursements from the PTO’s bank account. These purchases were not documented with itemized receipts or invoices, and investigators could not conclusively determine if they were exclusively for the benefit of the PTO.

In May 2021, Jenifer Letner was indicted by the Monroe County Grand Jury on one count of theft over $10,000.

“School support organizations must abide by state law to safeguard funds and property,” said Comptroller Jason Mumpower. “In this case, the treasurer was the only one who had access to the PTO bank account statements, and the PTO did not require two signatures on checks. These are just two examples of controls that can help prevent or detect fraudulent activity.”

To view the investigative report, go to: https://comptroller.tn.gov/office-functions/investigations/find.html

If you suspect fraud, waste or abuse of public money in Tennessee, call the Comptroller’s toll-free hotline at 800.232.5454, or file a report online at: tncot.cc/fraud. Follow us on twitter @TNCOT and Instagram @tncot