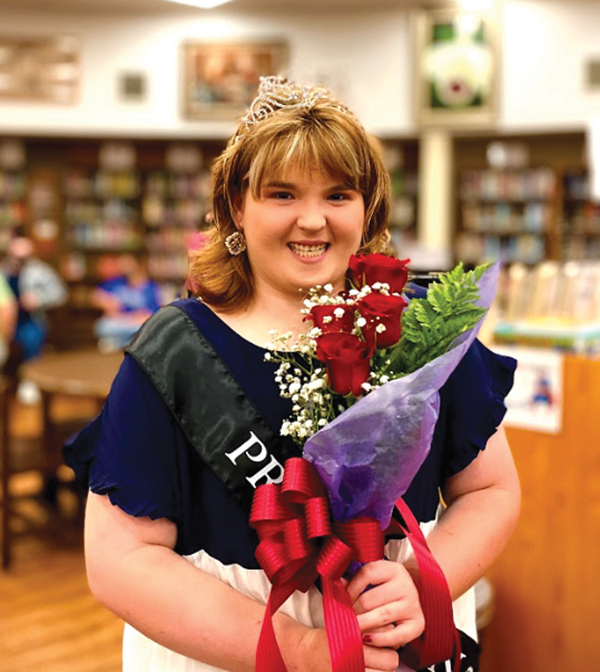 MOUNTAIN CITY/JOHNSON COUNTY – On Thursday, May 13th, the Johnson County High School class of 2021 finally crowned their prom queen. Katie Tidwell, a senior student in Mrs. Diane Pavusek’s special education class, was surrounded by her fellow classmates for the crowning.

Tidwell was voted prom queen with an overwhelming majority; she won an unprecedented one-third of the total votes cast. “We have never seen a prom queen win by such a large percentage or margin as Katie,” explained Heath Science teacher and prom coordinator Tina Reece. “The sweet spirit of the class of 2021 shines through as their selection of Katie as their prom queen.”

Tidwell was unable to attend prom on the night of April 24th, but her classmates still wanted her to celebrate this special moment. “I’ve never met another girl with a more loveable attitude,” explained senior Ryan Morefield. “Katie never fails to bring a smile to the face of anyone she meets.”

Tidwell was unaware that she had been voted prom queen until the surprise ceremony this morning. Teacher Diane Pavusek wanted to do something to make Katie feel special. “Katie has been my student for the last 6 years, her positivity and love for her classmates is unmatched. She has been one of my life’s biggest blessings.”

Her fellow classmates at today’s ceremony describe Katie as “one of the sweetest people at school,”
and “someone who always makes a bad day better.”